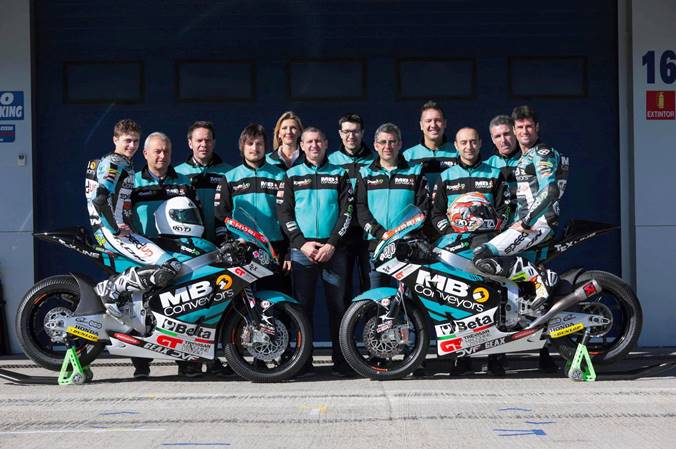 The Gran Prix motorcycle racing championship will be back on Sunday 26 March when the Commercial Bank Grand Prix will take place at Qatar’s Losail circuit. The event will be broadcast live by Sky and pre-recorded by TV8 from 18:00 hrs on. Once again, MB Conveyors will be alongside the SpeedUp Team, with driver Simone Corsi and the Italian racing team’s latest acquisition, young rookie Axel Bassani, born in 1999 and new FIM Europe Supersport 600 Cup winner in 2016. During this new exciting 2017 season, MB will be the team’s Special Sponsor at the opening GP in Qatar and at another three races, where the company colours will adorn the staff uniforms and SpeedUp bikes on the track. These events are: the Argentine Motorcycle Gran Prix (7-9 April, Termas de Río Hondo – Argentina), the Red Bull Grand Prix of The Americas (21-23 April, Circuit of the Americas – Austin, Texas, United States) and lastly, the Italian Motorcycle Gran Prix, from 2 to 4 June at the Mugello Circuit. All the races will be broadcast live by Sky and free-to-air by TV8.